Scroll down for Leslie’s Biography 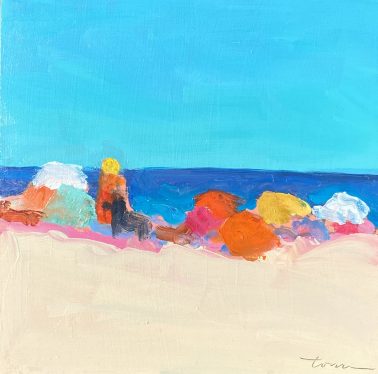 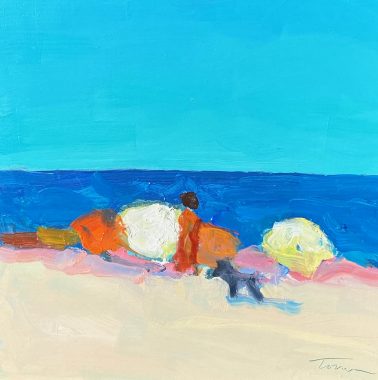 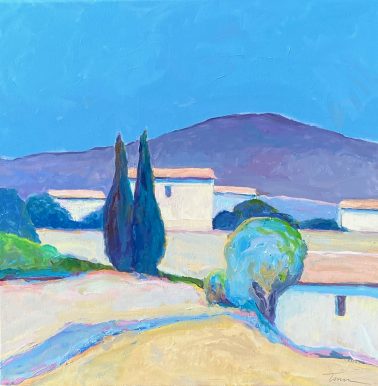 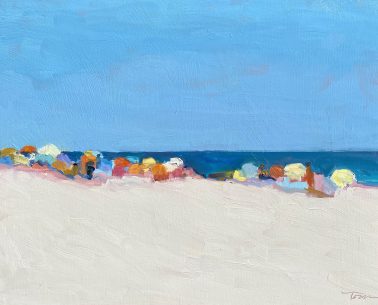 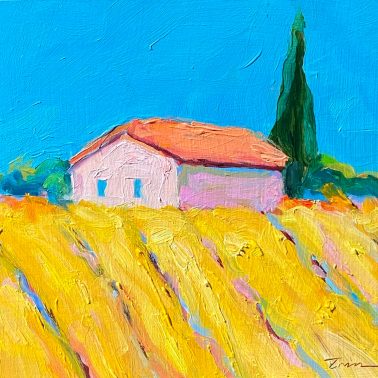 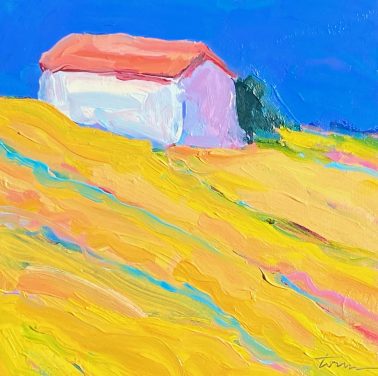 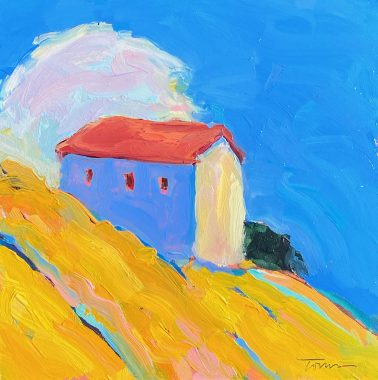 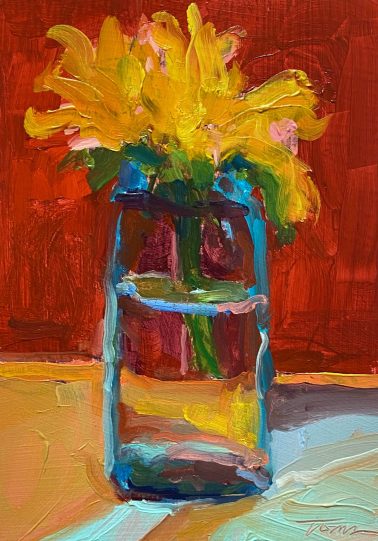 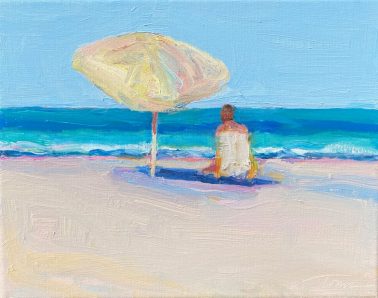 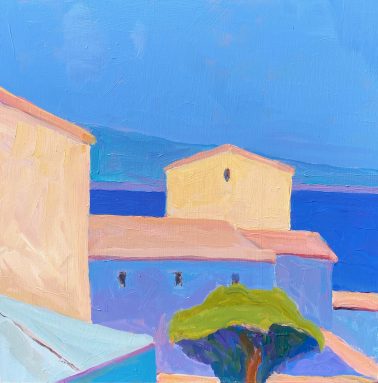 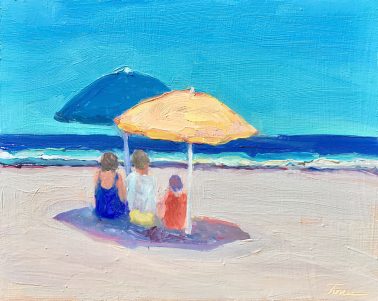 Color, light and luscious paint have long characterized the work of Leslie Toms. She calls herself a “California Colorist” but travels the world for her inspiration and subject matter. The intense color and sunlight of the American West along with her Fauvist color palette gives her art its singular character.

Born and raised in the Sacramento Valley, Toms’ interest in art began at an early age when she was accidentally left at a museum on a pre-school field trip.

And as a toddler she made long but not very high mud murals on the white patio walls. This progressed to finger paint, crayons, drawings, oil pastels and such. Her parents were not impressed and informed her to prepare for a real job in life.

She was an exchange student at age 14 and this started a lifelong passion for travel & culture. By 21 she had traveled around the world and lived in Amsterdam taking a semester abroad during college. She holds a BA and MA in art.

For many years she pursued printmaking and here she made significant contributions to contemporary mixed media printmaking. These earlier years show an emphasis on color and abstracted images which eventually gave way to painting.

Maintaining that her work defies precise classification, Toms describes herself simply as a contemporary painter. She is passionate about her life and her art and rarely can one divide the two. There is a painterly but deft use of color, light and composition in her work and this invites the viewer to share that spirit.

She has had many one person shows & exhibitions and her award winning work is collected widely by patrons and corporations all over the world. Decades later, she is still preparing for her real job in life . . . as an artist.